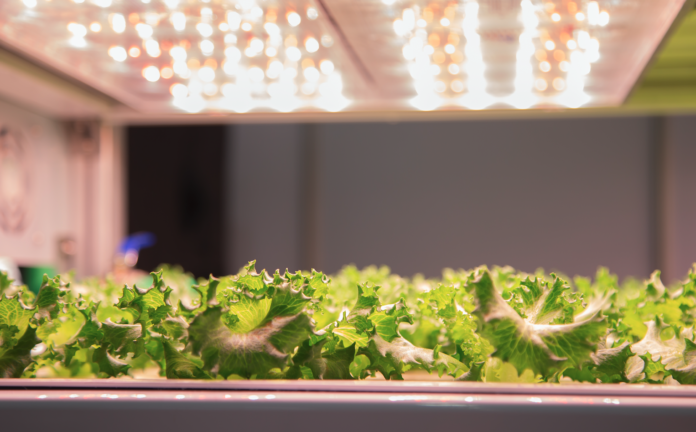 TCEA – Totally-Controlled-Environment Agriculture – suffers from overblown excitement and poor economics. Despite this, there is a bright future. It’s just that the technology will take us somewhere quite different to the destination early evangelists had in mind.

The promised land for TCEA production is often expected to be hyper-local just-in-time production of super-fresh, bio-control free produce. Unfortunately, the economics of this production method are a major obstacle. Capital expenditure and operational costs, particularly driven by energy consumption, limit the range of crops that can be economically produced to, mainly, leafy salad vegetables.

A further problem is that Covid-19 largely killed the food service market, leaving growers in a scramble for other customers willing to pay the price premium.

Despite the scale of these difficulties, there are at least five reasons to be optimistic.

An estimated $1.8bn has been invested in TCEA in recent years. Investor interest on this scale enables lots of research – commercial and academic – into methods that are more energy and carbon efficient. Active areas include of work include using and storing energy from renewable sources, demand side response technologies to modulate energy consumption, and developing both growing techniques and hardware to consume less energy.

Another set of technologies are emerging to allow greater interoperability of the hardware and software used in TCEA environments. The hope is that by allowing easier integration of parts, and greater ability to mine and manipulate data, other technologies such as AI and robotics can be added. All this has the potential to further reduce costs and dependence on skilled human labour.

Entrepreneurs and investors have not been slow to spot the attractiveness of solving these core operational issues. Many of the companies which started primarily as growers have repositioned themselves as technology providers, seeking to solve the challenges they experienced first-hand in their growing.

A second reason for optimism lies in the increasingly blurred lines between TCEA and other protected edible growing systems.

A fluid boundary has always existed. LED lights, hydroponics and control systems produced for glasshouse growers have historically been the backbone of materials for TCEA environments. Increasingly the innovations and improvement arising from TCEA will flow back to glasshouse growers and other sectors, growing the market size for this technology.

Specifically, as technologies flow back into protected edible cropping it will create productivity benefits for horticulture as a whole, while TCEA tech companies will have a bigger market to sell into than just TCEA. And yet the potential does not stop at horticulture. Technologies to improve energy efficiency and data integration will benefit all controlled environment settings, from algae production to fish farming. Market expansion makes investments in TCEA technology more appealing still.

The integration between technologies used in TCEA and horticulture is not, however, currently seen in the corporate entities themselves. With a few exceptions, major protected edibles growers are conspicuously absent in the TCEA landscape. This is despite them holding the advantages of at-scale distribution, horticultural expertise, and a greater ability to raise the capital to build large-scale growing facilities.

It seems highly likely that as the technology and economics improve these major protected edible growers will increasingly invest in TCEA for at least some of their growing capability. This will be an additional factor, alongside market maturity, driving consolidation in the TCEA market.

Market expansion will also come as a wider range of other high-value crops become feasible to produce in TCEA environments. The association between Driscols and Plenty demonstrates a commitment to producing strawberries in this way, and it is likely that compact, high-value vegetables (perhaps green beans or even asparagus) will eventually be grown in TCEA environments. Supporting this ambition are several breeding programmes to develop varieties suitable for TCEA environments, such as creating more compact plant architecture.

Another tool in the box

The final way in which TCEA will come of age is when, in effect, it becomes boring. This means when TCEA becomes just a tool that is used for its advantages where it makes sense to use it, not because it’s cool.

One example is when the technology is used to shorten and de-risk supply chains for high value but low volume crops and ingredients. Where the existing supply chains are seasonal, complicated, or provide inadequate supply this will be especially appealing. Similarly there are many supply chains affected by human rights, food fraud or geopolitical risk which could perhaps be circumvented win indoor agriculture. It is no surprise that there has been a lot of talk about using TCEA to grow high value crops such as saffron or vanilla.

A second feature to take advantage of is the sterility of TCEA production. This could be used to reduce the risk of pathogens in new plant material, and several companies are exploring using TCEA for “clean” propagation. As before, this depends on the economics of TCEA bringing financial viability in reach, but the risk of significant losses for the grower transplanting disease with new seedlings is always present in horticulture. Achieving disease-free status from the start would be a real win.

Finally, a unique property of TCEA is the total control over lighting & other environmental conditions which gives an unmatched capacity to manipulate plants’ biochemistry. This is already seen in the cannabis sector, where lighting conditions influence the resulting plant’s chemotype. Since pharmaceutical, “farmaceutical”, food additive or other chemical extracts are often high margin, this offers real potential to turn TCEA environments into “natural” speciality chemical production facilities.

The future is bright

After the boom there is often a bust. It is highly likely that many early investors will fall out of love with TCEA or get their fingers burnt before consolidation is finished, or before new markets and applications are developed. Indoor agriculture will always remain niche in vast scale of global food production, but its impact will be felt in surprisingly diverse ways.

In the medium-term TCEA production will remain focused on markets willing to pay (eg California) and/or those with fewer domestic-production options due to climate or terrain, (eg the Middle East, Japan). Nonetheless experimentation in these areas will lay the foundation for eventual expansion into a wider range of geographies, crops, applications and markets.

The smart entrepreneurs and investors will be thinking not just about growing lettuce, but where the future of TCEA production will be. 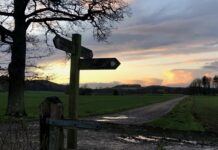 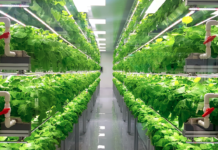 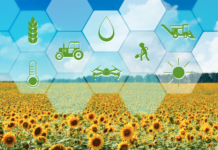